Home » Senza categoria » Our limits are the best teachers

Our limits are the best teachers

It’s not true only for those who produce milk, of course, it is a universal rule: you have to know your limits. And figure out what they teach.

It applies to everyone, but  much more to those who must manage a complex activity like farming.

An activity  which intertwines so many inputs – and requires so many skills – that no one can think to physically and mentally keep up with. Keep up – I mean – with everything in the farm at the best way, that is, the way that allows you to achieve maximum profitability and get the maximum of your work.

Everyone has strong points, skills above average. This, yes, it’s easy for us to admit. But everyone has weaknesses, under-average capacities.

Of course, if we were alone in a desert island every target would be enough. Instead we are on the market, like it or not, and a very, very aggressive market: it’s the economic result that counts, (whether you are a multi-milllions company, a little farm or a simple technician who sells his expertise: it’s absolutely the same pair of shoes).

So you have to find a way to play the best cards you have.

And the first step is an honest and sincere look in the mirror, with the admission that, indeed, there are some things that you  do not  so well.

So a couple of farmers told me a little time ago.

They explained me that the reproductive part was not their best ability: good, of course, but not very good. And because of that they decided to delegate it completely to an outside firm, focusing time and resources on what they knew best and did best – maybe better than average – as herd management and forage production.

They showed a grain of humility  (it’s very difficult to find a breeder who does not think he is the best of the rank…) and then they have improved the reproductive parameters.

True, they paid a cost, but in the end they won.

The alternative (if you do not know precisely your weaknesses) is to spend irrationally, not focusing investments where they are really necessary and can produce the maximum.

The consultant is a cost you pay to eliminate the gap given by your limits: you and him togheter are a loaded gun.

If you dilutes here and there the costs of consultancy rather than concentrating them on a few strategical points teached by your limits, you spend but at the end you do not win.

In times of little money in the pocket, external expertise is a valuable ally, when  you know exactly where to direct it. 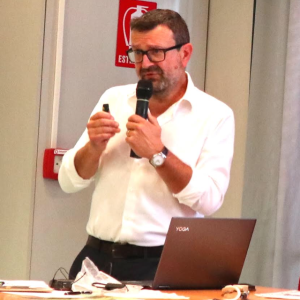